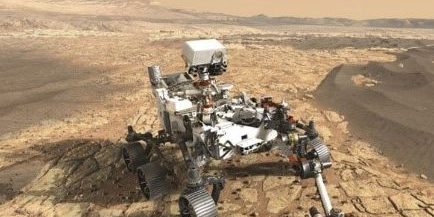 There are plenty of free places that you can explore in the world by Virtual Tour or Livestream. We have made a list of some great ones that might interest you to check out.

The Louvre: You don’t have to book a ticket to Paris to check out some of the famous pieces in the world’s largest art museum. The Louvre has free online tours of three famous exhibits, including Egyptian Antiquities.

Solomon R. Guggenheim Museum: The works of Pablo Picasso, Piet Mondrian, Jeff Koons, and Franz Marc are just some of the 625 artists whose work are a part of the Guggenheim’s Collection Online.

Smithsonian National Museum of Natural History: Move at your own pace through the 360-degree room-by-room tour of every exhibit in the museum.

Van Gogh Museum: You can get up close and personal with the impressionist painter’s most famous work thanks to Google Arts & Culture.

Getty Museum: Los Angeles’s premiere gallery has two virtual tours, including “Eat, Drink, and Be Merry,” which is a closer look at food in the Middle Ages and Renaissance.

The Vatican Museum: The Sistine Chapel, St. Peter’s Basilica, and Raphael’s Room, are just some of the sites you can see on the Vatican’s virtual tour.

Thyssen-Bornemisza Museum: Madrid’s must-see art museum has the works of some of the continent’s most celebrated artists like Rembrandt and Dali available online.

Georgia O’Keeffe Museum: Six virtual exhibits are available online from this museum named for the “Mother of American modernism.”

National Museum of Anthropology, Mexico City: Dive into the pre-Hispanic history of Mexico with 23 exhibit rooms full of Mayan artifacts.

British Museum, London: The Rosetta Stone and Egyptian mummies are just a couple of things that you’re able to see on a virtual tour of the museum.

Metropolitan Museum of Art: Though the Met Gala was cancelled this year, you can still have a peak at the The Costume Institute Conversation Lab, which is one of the institution’s 26 online exhibits.

Rijksmuseum, Amsterdam: The Golden Age of Dutch art is highlighted in this museum which includes the work of Vermeer and Rembrandt.

National Museum of the United States Air Force: You can’t take a ride in Franklin D. Roosevelt’s presidential airplane, but you can check it out, in addition to other military weapons and aircraft, online in the Air Force’s official museum.

National Gallery of Victoria: The NGV has a number of virtual tours available online so that you can view the artworks they currently have on display. Check it out on the NGV website.

National Women’s History Museum: These online exhibits feature some of the most influential women in amazing detail, from Harriet Tubman to the brave ladies of the Suffrage Movement. There’s a lot of history here worth spending an hour or two on.

Van Gogh Museum: Go for a walk through Van Gogh’s collection of famous art pieces with this virtual exhibit. 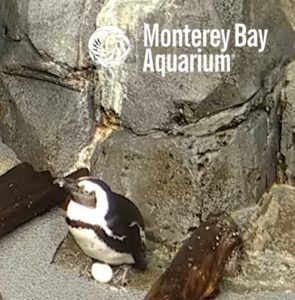 The Cincinnati Zoo: Check in around 3 p.m., because that’s the time the Zoo holds a daily Home Safari on its Facebook Live Feed.

Atlanta Zoo: The Georgia zoo keeps a “Panda Cam” livestream on its website.

Georgia Aquarium: Sea-dwellers like African penguins and Beluga Whales are the stars of this aquarium’s live cam.

Houston Zoo: There are plenty of different animals you can check in on with this zoo’s live cam, but we highly recommend watching the playful elephants.

The Shedd Aquarium: This Chicago aquarium shares some pretty adorable behind-the-scenes footage of their residents on Facebook.

San Diego Zoo: With what may be the most live cam options, this zoo lets you switch between koalas, polar bears, and tigers in one sitting.

Monterey Bay Aquarium: It can be Shark Week every week thanks to live online footage of Monterey Bay’s Habitat exhibit.

National Aquarium: Walk through tropical waters to the icy tundra in this floor-by-floor tour of the famous, Baltimore-based aquarium.

Zoos Victoria: Zoos Victoria have set up a few live stream cameras from Melbourne Zoo and Werribee Open Range Zoo, so that you can enjoy the zoo from anywhere. View the Animal House stream’s on the Zoos Victoria website.

BRITISH MUSEUM, UK: The British Museum website lets you tour the great court, visit the mummies and take a peek at the famous Rosetta stone and much, much more. Pick a year on the interactive timeline, click on a world region and explore!

Walt Disney World: Set aside some time, because there’s plenty to see here. Virtual tours you can take include Magic Kingdom, Animal Kingdom, and Epcot, just to name a few. There are also unofficial YouTube videos that feel just like you’re on famous rides like the Frozen Ever After ride, It’s a Small World, Monsters, Inc. Mike & Sulley to the Rescue!, and Pirates of the Caribbean. Learn how to make your own Disney-themed foods with Disney Eats!

LEGOLAND Florida Resort: The Great Lego Race and Miniland USA are just two of the attractions you can check out in a virtual tour of the park.

SeaWorld Orlando: The virtual tour of Seaworld includes a tour of Discovery Cove and the option to “ride” the steel roller coaster Mako.

Melbourne Symphony Orchestra: MSO is livestreaming their performances on YouTube. Tune in to their YouTube channel to re-watch performances, and subscribe to be notified about upcoming streams!

ACMI: Join ACMI every Wednesday for a weekly movie night with their virtual Cinematheque. You can enjoy a selection of classic and contemporary films selected by ACMI’s Film Department and the Melbourne Cinematheque Committee.

THE MET OPERA, US: Though the usual live shows can’t go on just now, The Metropolitan Opera in New York is doing the next best thing and live streaming opera classics every night. 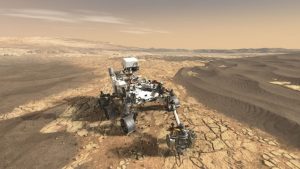 NASA: Get the full experience of being in the Houston Space Center with an app that offers augmented reality. You can also use the virtual gallery to get a 360-degree view of the galaxy.

GREAT WALL OF CHINA, CHINA: This incredible landmark is a collection of walls that meander* about 21,000km across the countryside. Parts of the wall were built around 500 years ago. It’s often said it’s the only human-made structure that can be seen from the Moon but that claim was made many years before anyone had been to the Moon. Chinese astronauts in space in 2003 looked for it but couldn’t see it.

FARM 360, CANADA: Farm 360 is a collection of virtual tours of Canadian chook, egg, sheep, cattle and dairy, grain and fruit farms. There is even a tour of a mink farm, where small animals called mink are grown for their fur, a good discussion starter about whether you believe it’s okay to use fur.

YELLOWSTONE NATIONAL PARK, US: This massive park covers parts of the US states of Wyoming, Montana and Idaho. It was the first national park in the US, declared in 1872. There are geysers*, canyons, rivers, mountains and wildlife such as grizzly bears, wolves, bison and elk. There are many virtual tours around the park.

MARS: And for a truly out-of-this-world experience from the comfort of your own home, take a virtual tour of Mars. The tour images are recorded by NASA’s Curiosity rover.

Tour the world: Voyage to places you’ve never been before with Google Earth